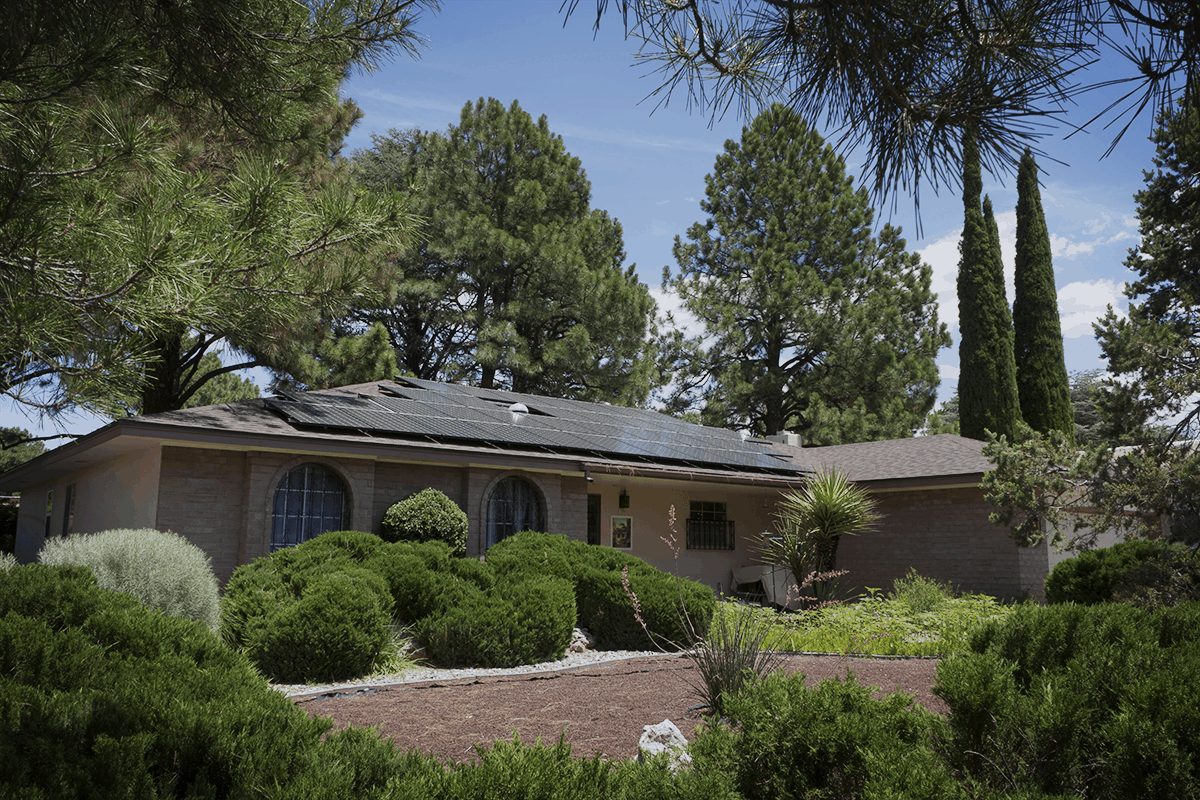 How Much Money Will I Save by Going Solar?

After solar panels are installed, one of the first questions that customers usually ask is: “How much money will I save each month on my electricity bill?”

This is a difficult question to answer as it’s dependent on a lot of factors, such as your typical energy usage in your home, the amount of energy your solar panels are generating, the electric company’s current price per kilowatt-hour of electricity, and even the weather.

But you will undoubtedly save money when you begin to generate energy right from the roof of your own home. To understand more about the savings you’ll see on your electricity bill, you’ll need to understand a bit about net metering.

What Is Net Metering of Solar Energy?

Here’s how it works. When your solar panels are installed, your home will be tied in to the power grid. Once connected to the grid, you can export your unneeded energy and the magic of net metering begins.

At certain times of day, your solar panels will be creating a lot of energy–even more than your house is using. This often happens during the midday hours when the sun is directly hitting the panels. All the extra energy that your panels are generating will be exported to the grid and used elsewhere, usually somewhere nearby your home.

And here’s the great part–when that happens, your meter will actually be running backward. You’ll be netting all that energy and the money that it’s worth–after all, your solar panels created it! The current nationwide average cost is $0.15 per kilowatt-hour of electricity, and your electric company will be paying you for that energy.

At other times of the day, your home may need to pull energy from the power grid because your panels are not producing enough. This typically happens during the nighttime when the sun is down or even during the early morning hours when everyone is using electricity to get ready for the day.

During these times, your house will import energy from the grid. But at other times during the day, you have been banking or “netting” your extra energy, so your net electricity bill is very low.

How Will My Electricity Bill Change?

It’s difficult to predict the exact amount of money that you’ll save with net metering because it depends on how much energy you use in your home. But there’s no doubt about it–you will save money.

Additionally, energy prices have been steadily rising nationwide. In the four year period from 2020 to 2024, the EIA estimates the cost of energy will increase by 16%. Without solar energy, your electricity bill will only be moving in one direction–and that’s up.

With net metering, your solar energy is never wasted. Instead, it’s credited to your account at the going price (currently $0.15 per kilowatt-hour nationwide). It’s possible to offset all or a large portion of your electric bill. If your solar panels provide more energy than you typically consume, you’ll end up with excess energy–and money–at the end of the month. That money will roll over to your next electricity bill, so the money that your solar panels are earning will never go to waste.

See if you qualify

What Are the Other Advantages of Net Metering?

It’s efficient and practical, allowing your excess energy to be used nearby where it’s needed. Because net metering puts money right back into the customer’s pocket, it’s made solar energy an appealing option to many homeowners–and solar is becoming more and more popular.

The increase in solar energy production allows us to rely less heavily on fossil fuels and replace them with a clean, renewable energy source. With solar, you reduce your carbon footprint and invest in an industry that makes our planet a healthier place.

Is Now a Good Time to Invest in Solar Panels?

Now is the best time to go solar because of the many state and federal incentives, such as the 10% state tax rebate and the 30% federal tax rebate. The government wants solar energy to appeal to homeowners–so there are currently many programs and incentives to motivate homeowners to install solar panels. But as solar energy becomes more and more widespread, some of these incentives may disappear.

For example, many states have laws that allow for net metering which has an enormous benefit to the homeowner as they sell their energy back to the electric companies. But as electric companies transition to solar energy in greater and greater capacities, they will have decreased need to “buy” energy from the solar panels on your home.

With a decreased need for residential solar energy, electric companies in some states have begun to reduce or limit their net metering programs. For example, instead of offering homeowners the full price per kilowatt hour for their energy, they may only offer half or three-fourths of the going rate of that energy. But, if you install solar panels now, you will keep getting paid the full price per kilowatt hour due to a grandfather clause that enables you to lock in that better price.

The bottom line: solar energy saves you money and makes our planet healthier. State and federal incentives such as tax rebates and net metering will save you thousands of dollars, but they may not be around forever. If you are considering solar, the best time to install solar panels is NOW.

Ready to find out how much you can save?

GET A FREE QUOTE

Based in Albuquerque, NM, We’re committed to making the world a better place by educating the public on how to save money and do the right thing by reducing our dependence on fossil fuels. Let us be your answer to rising electric rates.

Want to make some extra bucks? Refer a friend to us! Every converted referral you send us will make you $250.

Find out how much you can save

No pushy sales people, no obligations.