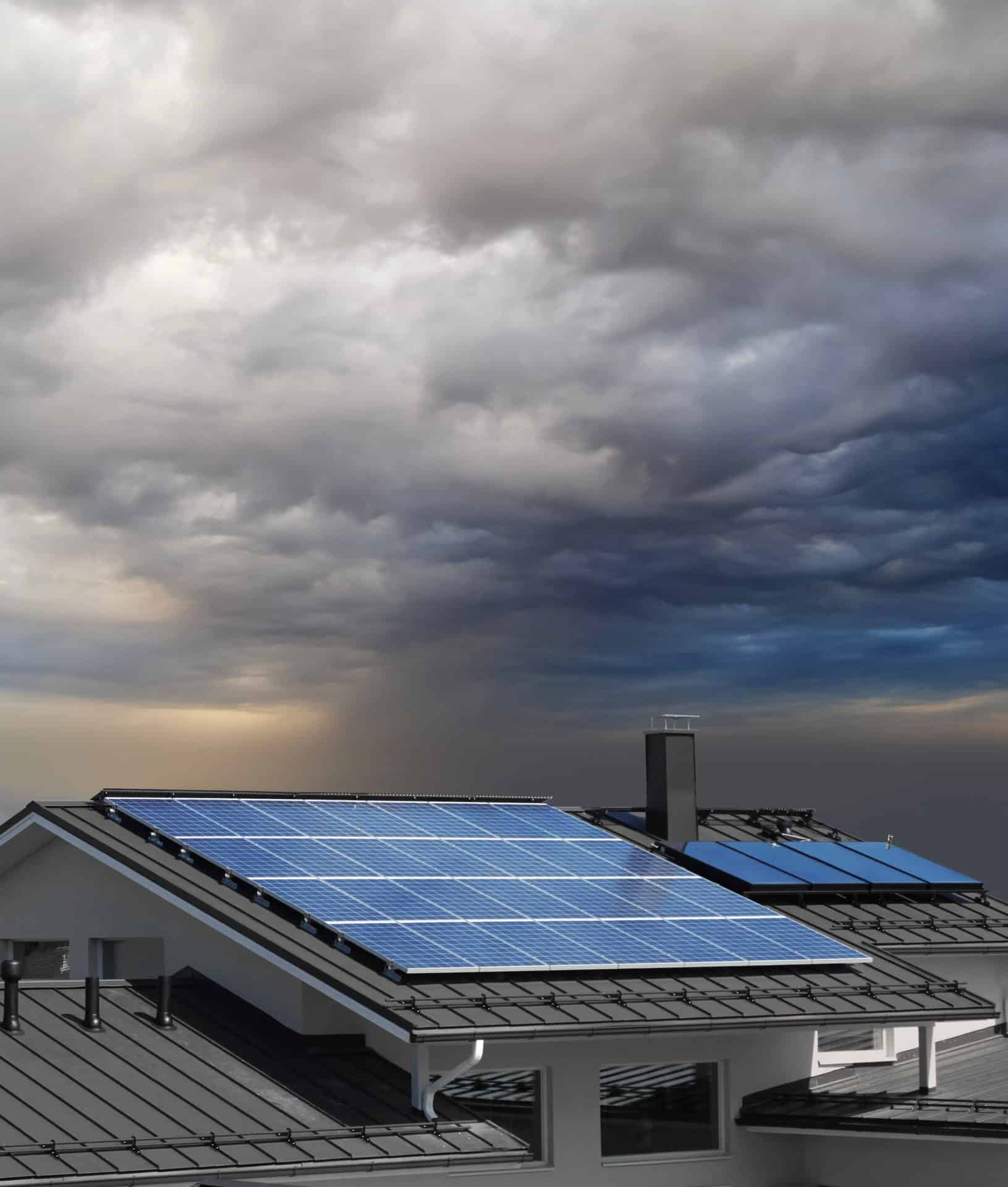 With everyone talking about solar power and many homeowners making the switch, the name “solar” power might be a little bit confusing. Does that mean that our homes will only be powered when the sun is shining? What happens if it’s raining or when it’s night time?

Residential solar power works for your home around the clock—regardless of how sunny it is at a given moment.

It would not be a very well-designed system if we were only able to use power when the sun decided to shine! Thankfully, the engineers behind solar energy figured that out for us.

Does solar work when it’s cold outside?

Solar panel efficiency is not affected by the temperature outside. Solar panels use the energy from the light of the sun, not the heat. So as long as the sun is shining, your panels are producing some energy. And even when it’s not, your’e still covered–as we’ll see in the next section.

How do solar panels work when it’s raining, snowing, or cloudy?

Because solar panels use the energy from the light of the sun rather than the heat, the amount of energy they will produce in given weather conditions depends on how much cloud cover there is and how much light is still getting through to the panels.

Although you can likely expect the panels to be producing some energy in cloudy conditions, it might be as little as 10% of what you normally expect.

Thankfully, this doesn’t mean that the lights are going to go out in your house every time a cloud rolls by. Residential solar systems are set up so that they produce excess energy during the sunny times that can continue to power your home around the clock.

The energy is either banked with your local electric company, often in a program called “net metering,” or some homeowners opt to use their own battery storage system.

What are the optimal weather conditions for solar panels?

Interestingly, the most blazing hot summer months are not necessarily the best months for solar energy production like you might expect.

In very hot climates, the best months for solar production are May and September. During these months the panels receive the same amount of light but not as much heat as during the mid-summer months. Solar panels can work 20-30% less efficiently in extreme heat.

The surface temperature of solar panels is about 20 degrees hotter than the outside temperature, so about 75 degrees outside is the optimal temperature for their production.

How do solar panels work at night?

Solar panels produce a very small amount of energy from the light of the moon on a night that it is particularly bright.

Since solar panels obtain their energy from light, not heat, sometimes the moon is reflecting enough of the sun’s light onto your roof that the system is able to capture some of it’s energy.

Aside from that small amount of production, a residential solar system will continue to power your home throughout the night by using the credit from the excess energy you added to the grid during the day–the process called Net Metering.

Ready to find out how much you can save?

GET A FREE QUOTE

Based in Albuquerque, NM, We’re committed to making the world a better place by educating the public on how to save money and do the right thing by reducing our dependence on fossil fuels. Let us be your answer to rising electric rates.

Want to make some extra bucks? Refer a friend to us! Every converted referral you send us will make you $250.

Find out how much you can save

No pushy sales people, no obligations.